United Therapeutics: Welcome to the Miracle

United Therapeutics: Welcome to the Miracle 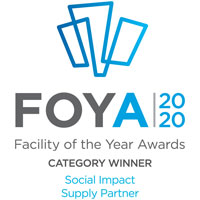 IPS has maintained a strong relationship with Silver Spring, MD, based United Therapeutics (UT). Their focus on a balanced biotechnology model supports their obsession with quality, innovation, and bioinformatics leadership. In 2016, UT saw a way to better the lives of patients with neuroblastoma. Neuroblastoma is a rare cancer that forms on immature nerve cells. It begins in the adrenal glands but may also develop in the abdomen, chest, or in nerve tissue near the spine. Neuroblastoma typically occurs in children under the age of 5.

UT is currently reversing the disease with their new therapy, Unituxin. Approved in 2015, the FDA granted Unituxin priority review and orphan product designation and was the only treatment option to have that designation. With these levels of designation, UT is fast-tracking their research and production to provide the patient population a future. The patient population is small, approximately 200 people per year, but grows as time passes.

Unituxin has shown to reduce the size of tumors grown, and in some cases, eliminate it completely – making vast improvements to the lives of children who have this terrible condition.

This building is a statement build to show UT’s commitment to thinking outside of the box and their desire to try radical new approaches to R&D. The criticality of the project allowed designers to flex their muscles and truly go wild.

The need for creativity came in to play when trying to design around the limited space. The building is located on a small corner lot in downtown Silver Spring where there was no space for laydown to stage materials and perform construction activities; because of this limitation, the building was designed far below grade as well as above. When initial plans were developed, local zoning laws did not support the space requirements, specifically the area required for utilities. The entire team worked with local government officials to amend the zoning laws and allow UT to stay in its home city. Calling it a Herculean effort would be an understatement.

After a lengthy consultation and meetings with government officials, the team was able to amend the zoning laws that not only allowed UT to stay close to their campus but it also made Silver Spring more inviting to other life science corporations looking to relocate. A win-win for both sides.

Once shovels hit the ground, the next Herculean effort began, excavating and building. The new facility would go so far down in the grade that municipal utilities had to be rerouted around the site, and massive efforts were made in shoring and pumping to keep out groundwater. As mentioned before, there was no laydown space so a modularized build was employed off-site. Many of the skids were assembled at an off-site location and then transported in just in time. The seed train and production bioreactors were fabricated off-site where they were Factory Acceptance Tested and then reassembled on-site.

The qualification of the new site is complete and product is being made and on-track to improve the lives of hundreds of children around the world.

This monument to life sciences in an urban environment was built with the commitment to overcome limitations of the site. An excellent example of project management, teamwork and handling an aggressive timeline to answer the urgent need for Unituxin won this project the 2020 ISPE FOYA for Social Impact and ENR MidAtlantic's Best Projects award in Manufacturing. This building has been certified as LEED Platinum.

Visit ISPE's website to see the this project and rest of the winners.